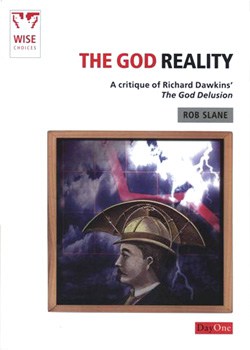 There have been quite a few books that have tackled the issues covered in ‘The God Delusion’ by RICHARD DAWKINS and I suspect that this one will not be the last. However, what makes this particular book appealing is that it is short, pithy and not too technical.

In the eight chapters that form the meat of the book, the writer covers such topics as: ‘The Infinite Probability of God’, ‘The Force of Natural Selection’; ‘The Psychological Propensity to Unbelief’; ‘The Roots of Morality’; ‘Biblical and Non-biblical Morality’; ‘The Evils of Irrational Faith’; and ‘Religious Child Abuse’.

SLANE indicates the significance of the book he is challenging when he says, ‘There cannot be many subjects that unite Britain’s disparate newspapers, but somehow Dawkins seems to have found the magic formula’. He goes on, ‘This disturbing consensus of opinion in the British national press shows clearly that atheism is not merely an accepted part of society; it is very much in the ascendancy’. Anyone who is not convinced of the evil of the humanist agenda should read the final chapter of this book.

Although it is unlikely that the hardened atheist will be convinced by the force and logic of the arguments this book contains, it is good to have access to material that will challenge the thinking of those who have not thought through the implications of the writings of Dawkins and his ilk.